“A human being is part of the whole called ‘Universe,’ a part limited in time and space. We experience ourselves, our thoughts and feelings as something separate from the rest . . . This delusion is a kind of prison for us, restricting us to our personal desires and to affection for a few persons nearest to us. Our task must be to free ourselves from the prison by widening our circle of compassion to embrace all living creatures and the whole of nature in its beauty. . We shall require a substantially new manner of thinking if mankind is to survive.” – Albert Einstein

Widen the Circle of Compassion 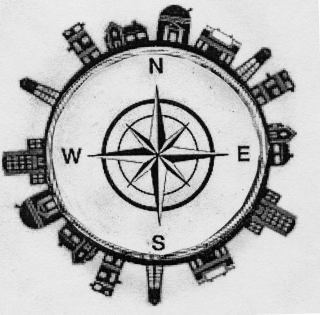 The Positive Paradigm Handbook gives change agents a practical method for achieving the positive, long-lasting change which all of us want, many promise, but few are able to achieve. While true to the perennial Chinese Book of Change, it meets the needs of today’s leaders and decision-makers in every walk of life.

Here is the ultimate, hands-on method of integrated self-analysis and decision-making. The keystone of the change series, this practical user manual gives the seven basic axioms of the Positive Paradigm, complete with detailed examples, instructions and forms to facilitate the process of change from the inside out.

Actualize the wisdom of the Wheel. Apply the model on every scale of organization, starting with personal self-awareness, then family relation-ships and finally institutional governance.

Consciously link the levels of thought, feeling and action with conscience. In this way, working with the Handbook instills Einstein’s new way of “thinking like a genius.”

Complete and accurate, practical and hopeful, the Positive Paradigm of Change is the urgently needed antidote to dysfunctional paradigms now bringing the world to the brink of catastrophe.

The Positive Paradigm of Change gives change agents a practical method for achieving the positive, long-lasting change which all of us want, many promise, but few are able to achieve.

The Positive Paradigm Handbook will change the way you see yourself and relate to the world – forever. It gives you: 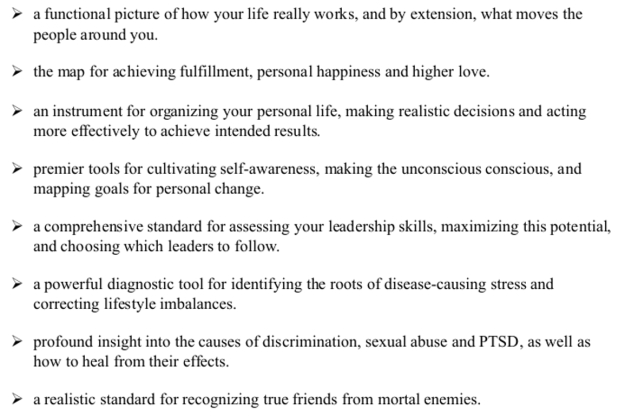 Ultimately, it gives those who follow through the edge on long-term success, tipping the scales of history in favor of human survival, one person at a time. If these claims sound intense, they are. But they are well founded.

As a teenager, I was fascinated by the fact that Einstein’s abstract formula, e = mc2, could produce powerfully tangible results — the atomic bomb!

Later, I was even more intrigued to discover that this same formula, when plugged into the concentric circles of the Positive Paradigm Wheel, not only resulted in the Unified Theory of Einstein’s lifelong quest. It was capable of generating equally powerful and practical personal results.

The Positive Paradigm Handbook reveals this Unified Theory and supplies the tools needed to start thinking like a genius. By internalizing this method, making it your own by repeated use, your life will be changed in ways only dreamed of before. Virtually endless in its practical applications, it can be pointed like a laser beam to illumine every field of endeavor.

The Handbook is the bare bones take-away from Rethinking Survival. The author’s personal background, academic credentials, research and experience are described in Getting to the Positive Paradigm. But here, what matters is simply that it works and that owning it can tip the balance in favor of personal survival.

Based on the foundation of the earlier books on change, The Positive Paradigm Handbook goes directly to the heart of personal, practical application, here and now. The purpose of working with the Handbook is to ingrain Einstein’s “substantially new way of thinking,” which, he said, is required “if mankind is to survive.”

In a world seemingly intent on fracturing experience into smaller and smaller niches, the Positive Paradigm provides an urgently needed counter-balance, applying an opposite and equal weight in a positive, unifying direction.

The Positive Paradigm Handbook is a keeper. It’s not a one-time page-turner to zoom through and then add to the clutter on your bookshelf. Like its predecessor, the Book of Change, the more you work with it, the deeper your understanding grows and the greater its benefits.

Working with this method will restore simplicity and clarity to your priorities, creating order out of chaos. You will be better organized on many levels. You will make better decisions and get better results. You will experience enormous relief as the stress that comes from living a fragmented life melts away. You will reduce the mental pain that comes from living in conflict with your deepest needs, undermined by unexamined memories and negative emotions.

As you return to the Handbook over and over, you’ll find the forms are always relevant to whatever the current situation requires, yielding fresh insights into yourself, relationships and the situation.

Part One of the Handbook sums up the basics presented in Rethinking Survival. It describes the Positive Paradigm and underscores the importance of operating on a complete and correct paradigm — human survival hangs in the balance.

Part Two outlines the seven basic axioms of the Positive Paradigm, and gives a few outstanding examples of the many possible corollaries that follow from them.

Part Three briefly describes the prevailing dysfunctional paradigms which generate much of the pain and suffering we experience today. Illustrations picture the various ways they distort the complete and accurate Positive Paradigm.

Part Five completes the hands-on part of the Handbook with easy-to-use forms and instructions that facilitate the process of personal change from the inside out. Key questions precede the construction of each personal Wheel of Change. Answers are used to construct a Personal Profile. Percentages of allocated focus and attention are then entered into appropriate lines of the Sector Division Grid. Personal Wheels of Change are based on this information.

In sum, while true to the venerable Chinese Book of Change, the Handbook meets the needs of today’s leaders and decision-makers in every walk of life. Apply this method on every scale of organization, starting with personal self-awareness, then family relationships and finally institutional governance.

Working with the Handbook instills Einstein’s new way of “thinking like a genius, consciously linking and integrating the levels of thought, feeling and action with conscience.

Complete and accurate, practical and hopeful, the Positive Paradigm of Change is the urgently needed antidote to dysfunctional paradigms now bringing the world to the brink of catastrophe.

The Positive Paradigm is the “take away” from a lifetime spent working with the world’s great scriptures, philosophies and literatures. If — God forbid — for any of numerous possible causes, the “shit hits the fan,” destroying civilization as we now know it, it is the treasure that sums up the basics of human knowledge. It is the foundation upon which, out of the ashes of the old, another world could be rebuilt, perhaps better than before.

A few caveats are in order. First, it should be acknowledged that, in essence, everyone is already, intrinsically whole. But most have forgotten or been fooled into believing this is not the case. The Handbook serves to confirm inherent wholeness. It is both a reminder and a method for actualizing innate potential.

Second, the subtitle, Make Yourself Whole Using the Wheel of Change is not intended to suggest that this or any other book can literally make anyone whole. It is personal intention and consistent effort that produce results. This is just a really handy tool.

Third, the Positive Paradigm of Change in no way challenges the teachings of world scriptures. It completes them. I made this point clear forty years ago during a conversation with a gentleman from India who was a practicing Christian. A robust, cheerful man, he was steering his jeep up a steep hill on a winding, rocky road. It was a bumpy, noisy ride, so we were shouting back and forth.

I was in Northern India with a group of yoga students, which he found very curious. He wanted to know why I, as an American, was interested in his country, and in yoga, rather than Christianity.

“It’s not instead of Christianity,” I shouted back. “They’re quite similar. Both tell us to be kind to others and seek the kingdom of God. But yoga gives us methods. It shows us how to.”

“Oh,” he nodded. He understood. And agreed.

Fourth, I have a special place in my heart for the Chinese and the culture that produced the venerable I Ching. Although (no doubt for good reason), it has been been banned in modern China, it is my hope that they’ll welcome the Positive Paradigm of Change as the best of their heritage, minus accumulated cultural abuse.

This being said, a few definitions are in order before proceeding. First, the term “perennial” means “recurring.” For example, perennial flowers bloom for a season, go dormant through the winter, and then reappear when spring returns.

World religions and philosophies are said to be perennial, including the Chinese Book of Change. They come into fashion, fade and then come back into favor in a cyclical, seasonal manner.

However, the 64 hexagrams of the I Ching, like Plato’s ideas and Jung’s archetypes, are not only perennial. On a deeper level, they are also PRIMAL. They’re inherent to the human psyche just as the 64 building blocks of DNA are to the human genome.

In brief, Plato taught that ideas — pure abstract forms — are imprinted in the psyche before birth, much like DNA is embedded in genes. Similarly, Jung wrote that archetypes are universal structures personified or made concrete by recurring images, symbols, or patterns in world religions and literature.

The original (versus Freudian) definition of “primal” is “having existed from the beginning; in an original state.” It is first-cousin to the pristine meaning of the (also co-opted) term “radical,” which means “going to the foundation or source; fundamental.”

This is the larger context within which the Positive Paradigm of Change is primal, even radical. It is my fervent hope that self-selected survivors in every land will use The Handbook to return to the fundamental basics and succeed in changing their lives for the better, from the inside out, one person at a time.

To those who, for whatever reason, are initially skeptical about the change concept, I recommend approaching it with Coleridge’s “willing suspension of disbelief.” This was his attitude for receiving full benefit from a subject regarded as novel or new. It’s a poetic way of saying, “Give it the benefit of the doubt.”

At the end of World War II, in the wrong hands, used the wrong way, Einstein’s formula generated powerfully destructive results. In the right hands, used the right way, the Unified Theory embodied in the practical Positive Paradigm of Change has the opposite and equally creative power to affect beneficial worldwide change NOW.