For those who wondered, I’ve already answered eight of your most often asked questions, including“What makes the Book of Change so unique and important? Why is it especially relevant worldwide?”

Here, I’m answering another question: “Why is this particular version, the Common Sense Book of Change (CSBOC), an excellent choice for me to work with right now?”

As strange as it appears at first glance, there are actually several good reasons. So let me tell you more.

First, I should let you know that today, publishing is a just hobby for me. The world will go its own way. I no longer think can any book change the world.

But it certainly changed me. It’s no exaggeration to say the I Ching saved my life. More than once.

So, for me, if the Common Sense Book of Change helps even one of you, that is enough. I would be satisfied. As it has been written, “To save one life is to save the world entire.”

I also recognized that the I Ching is not the only book with life-saving potential. The most powerful is the Bible. In my case, however, early in life, poor examples confused and repelled me. I do believe that in their infinite mercy, good angels guide and protect truth seekers through any medium available. Angels are not limited by the restrictions of human religion. : )

So long before I was ready for the New Testament, the I Ching was there to get me through some rough transitions.

Now, then. How did I come to create this little book? I am American, not Chinese. Nor am I a scholar with advanced degrees in Chinese language and literature. I’ve described my personal journey in several places. For example, in The I Ching & Me, I wrote:

For me, the Book of Change is a gateway to magic. On this side, it has been a close companion, good friend and advisor through the years. On the far side, perhaps remembered from lifetimes past, it speaks to me from a place beyond time and space.

With it, I was never alone, even and especially when I was loneliest in crowded rooms. When the world impelled suicide, it brought me back to a deeper, all-pervasive love of life.

So I will share a few sections from Rethinking Survival about how I met the book, and how it has grown on me. 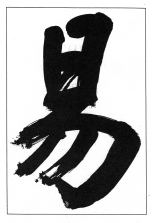 I wrote about the origins of CSBOC in Rethinking Survival:

. . . I’d had a hunch about [the I Ching] for a very long time. Ellsworth Carlson, who lived in Shansi, China during WWII, was a classmate of my parents at Oberlin College. When I was nursery school age, he bounced me on his knees at Harvard.

As Freshman student, I took Dr. Carlson’s course in Asian History at Oberlin. What stuck with me how vast an influence the I Ching had on China for 8,000 years and counting.

So, when I left the U.S., all I took with me was my violin and one small suitcase. Of that, half contained clothes. The other half held sheet music and one small book: the Legge translation of the I Ching.

It made no sense to me. I could barely get through a page or two before giving up. But I kept coming back to it. It led to something important I had to know more about.

When I happened upon the Wilhelm/Baynes edition in Düsseldorf’s International Bookshop on Konigs Allee — Finally! — I had a version I could relate to. It literally became my teacher. It gave me a whole new concept of how the world really works.

Not just this family or that institution or the other county. Not arbitrary and capricious, fluctuating fashions, but the constant anchor over time.

From it, I could deduce the fundamental energy dynamics of action and reaction which drive behavior, internally at a psychological level, and externally in relationships and day-to-day events.

It was an extension of the logic my English teacher Miss Elson impressed on my high school brain. But more. It gave me a map of logical consequences, as inevitable as computer language. “If this, then that.”

For example, If you kick people, they kick back (if they can) or otherwise resist. If you are kind, you inspire love and trust in others. If you violate natural law, nature bites back — your mental health suffers; relationships deteriorate; your behavior becomes erratic and social/physical survival is imperiled.

Asian cultures call this “the law of karma.” Its operation is also described in biblical terms: “As ye reap, so shall ye sow,” and “to everything there is a season.”

In sum, its 64 permutations map a progression of repetitive, cyclical change.

There was, as in all things, a downside to the Wilhelm/Baynes version. It was unnecessarily difficult, sexist and elitist. A confusing overlay of cultural baggage obscured its meaning. After working for ten years with every version I could find, I wrote an easy-to-use version called The Common Sense Book of Change, intending to make this treasure available to anyone with an open open heart and basic reading skills.

I fantasized on the possibility of teasing the Chinese people into reclaiming their heritage, self-publishing it as small yellow book (the traditional Chinese color of wisdom) in a pocket-sized form to replace Mao’s little blood-red book. No matter how many new versions have come out since then, it still works for me.

Here is the story of how the CSBOC came to be:

More “neatsies” surround my small version of the I Ching, the Chinese Book of Change. I wrote it in 1975 during the window of time after I moved back from Spring Green to Madison, but before I had a job. As a leap of faith, I concentrated on the writing, putting off a job search until the book was done. This was a bit scary. Money was going to run out very soon.

I sat cross-legged on the bare wood floor of a living room furnished with cardboard boxes. I spread every version I owned in a half-circle around me. They included the Wilhelm/Baynes translation brought back from Germany, of course. There was a battered second-hand paperback by Joseph Murphy, a research fellow in Andrha, India, as I recall, who quoted the Old Testament in the judgments. Others included the spiral-bound Workbook by R. L. Wing, a hardbound version which presented the I Ching as a form of astrology and a hippie-like paperback.

I trusted that the Platonic-like ideas of the I Ching are timeless, the common heritage of all humanity. They’re not the exclusive property of a particular culture or class. Each of these authors was drawing on the same source for inspiration, expressing universal experience from different viewpoints. So I opened my mind, asking for the deeper meaning these versions shared in common.

I was certain that the most powerful ideas are the most simple. They deserve to be expressed in the clearest language with fewest words possible, free of flowery poetry, scholarly hocus pocus, sexist assumptions (the so-called “superior man”) or other distortions. I intended to make my version easy to read – accessible to anyone with basic reading skills and an open heart.

The format just “came” to me. It worked fine. Fifty words, no more or less, for each hexagram. Ten words, no more, no less for each changing line. The images came easily. I worked systematically from start to finish, no looking back. With the exception of “Sacrifice,” which I revisited fifteen years later, I’ve made no revisions.

Eventually, I called this version The Common Sense Book of Change. I like the word “common.” To me, it doesn’t signify “ordinary” or even “vulgar,” as some use the term, but rather “universal.” “Common” is the root of both “communication” and “community.” And the allusion to Tom Paine’s Common Sense isn’t accidental.

But there’s more to this story:

Upon its completion, the kaleidoscope turned instantly.

Results of the civil service test for Typist III positions came in the mail, along with a list of job openings.

My first interview was at the UW-Madison Department of French and Italian. The Chairman not only gave me the job on the spot. He decided from my resume that I had administrative potential and made me an offer. The Department’s Administrative Secretary III had given notice. She was moving out of town soon. There was no replacement. If I was willing to do her job for Typist III pay, and if I took the pending Ad Sec civil service exam, and if I got one of the five highest scores to qualify for an interview, I could have the job. . . .

I agreed, did administrative work for typist pay, took the exam, qualified for an interview, and within a few months took a leap up the career ladder that secretaries usually took years to accomplish. I was suddenly earning more than ever before. . .

The reward for this leap of faith was immediate. I took it as confirmation from the powers that be that I’d made the right choice to put the book first.