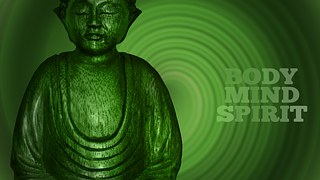 Last fall’s mystery illness became a strict teacher, a blessing in disguise. It dramatically reinforced my awareness of the mutually dependent relationship between brain and gut long recognized by Asian healing traditions.

Conversely, the broad spectrum of diseases arising in the gut spawn a host of mental illnesses – not only depression, memory loss, dementia and schizophrenia, but autism and A.D.H.D, for example.

The hopeful application is this. Correctly steered, interventions on either side of the gut-psychology continuum positively affects the other. The relationship spans an infinite loop. So wherever one starts, given time and effort, it’s possible to complete the cycle, eventually restoring balance and good health.

It started with asking WHY. Medical people failed to correctly diagnosis what went wrong. The ER physician (nice lady) jumped to the convenient assumption that, given my demographics, a lower tract infection was the problem. Antibiotics would make symptoms go away.

When the first round of drugs didn’t help, instead of questioning the assumption, the local nurse practitioner prescribed a battery of (expensive!) different antibiotics over following months – in increasingly stronger doses – each with its “interesting” side effects.

The duration of this “illness” was cause for some serious introspection on my part. Certainly the WHY had a mental origin. Stern teacher that LIFE is, I came to accept that I wasn’t going to be let off the hook until I came clean with myself. Release demanded self-honesty.

What I unburied was a death wish of sorts. It wasn’t that I wanted to be gone, so much as that negative suggestions from false friends absorbed over the years had worn me down to the point of critical mass.

I was increasingly motivated by dread of facing a future based on past experience. Subconsciously, I had succumbed to a death sentence suggested by people far too “nice” to kill me outright, but all too capable of driving me to slow suicide.

LIFE had sounded a warning alarm to bring me back to my Self.

Something had to change. It started with a stark decision. A conscious commitment to LIFE, whatever it takes. I wrote a confirming article, Choose Life.

Once recognition and the decision were made, LIFE responded most generously. The help and information needed to support my choice appeared from several directions.

The next step was for me to ask HOW do I return to health? And how do I change my attitudes and behavior to make my personal future different and better from the past?

Critically important information was found in Susan Forward’s Emotional Blackmail: When the People in Your Life Use Fear, Obligation and Guilt to Manipulate You.

I was instantly inspired to borrow the book from the library after reading a top-ranked review of the book which starts:

WOW. I could relate to that!

She writes, At the heart of any kind of blackmail is one basic threat, which can be expressed in many different ways: If you don’t behave the way I want you to, you will suffer.

Manipulators work hard to deny, obscure, camouflage, prettify, excuse, rationalize, disguise, HIDE what they are doing. They make it hard, if not impossible, to see HOW they’re manipulating us. They lay down a thick FOG that obscures their actions.

FOG is an acronym that stands for the psychological warfare tactics used against targets: Fear, Obligation and Guilt.

This information is reinforced by Harriet Braiker in Who’s Pulling Your Strings? How to Break the Cycle of Manipulation and Regain Control of Your Life:

People who manipulate are often so hard to spot. They become your friend and then find ways to have their way with you. . .

You can’t reason with a manipulator because of their insecurities but you can reason with your own insecurities; and best of all are the practical ways you can change your behavior to take back the power.

This book teaches you to get up, learn what you did wrong and what you should have done, and even better how not to repeat the same mistakes.

There’s also a warning given from experience:

I’ve put an end to so much manipulation in my life. It takes the wind right out of the manipulator’s sails. The book is right…the manipulator will blow really hard, so prepare yourself; it’s going to get stormy.

Another fortunate form of help followed from my decision to seek medical advice elsewhere. An intern at the UW kindly saw me on short notice. Intrigued by my situation, she brought in her mentor. Together, after reviewing the history of lab results, they confirmed that the initial diagnosis wasn’t right. The medications hurt more than helped.

Although I knew enough to eat yogurt to offset the effect of antibiotics, to repair the damage done by antibiotics they recommended taking pharmaceutical probiotics as well. This opened the door to a whole new world of science and healing.

Probiotics for Dummies, for example, includes a useful section on the brain-gut connection.

Medical researchers have long known that stress depresses immune function, but only recently have they linked stress to changes in gut bacteria.

The medical community’s interest in probiotics was initially sparked by the seminal work on GAPS (Gut and Psychology Syndrome) published by researcher Natasha Campbell-McBride.

The father of modern psychiatry, French psychiatrist Phillipe Pinel (17-45-1828), after working with mental patients for many years, concluded in 1807: “The primary seat of insanity generally is in the region of the stomach and intestines.”

Interestingly, she uses the same word, FOG, when in describing the mental-emotional relief experienced as the intestines heal by using probiotics to restore balance. “It is as if the fog lifts.” Ahh!

But, like cutting through the psychological FOG, cleaning out the gut doesn’t happen over night, or without difficulties. Campbell-McBride warns things often seem to get worse before they get better. Detox is a necessary but challenging middle step along the road that leads from here and there. So, again, “prepare yourself; it’s going to get stormy.”

There are important parallels between the so-called Leaky Gut Syndrome and psychological distress. In the first case, weakened intestines become permeable. Toxins and undigested food leak out and are circulated by the blood stream throughout the entire body, poisoning other internal organs – including the brain.

Similarly, psychological defenses can also be worn down and compromised, sometimes due to “second-hand stress.” In this case, when protective borders between self and others break down, toxic influences from outside undermine mental-emotional balance. Others’ fears, rage and general unhappiness poison the unprotected mind. Toxic people preoccupied with their own wants and personal dramas, even when unintentionally, do great harm.

Interestingly, the GAPS/probiotics approach is highly compatible with the wisdom of Asian healers. Traditional Chinese Medicine, for example, carefully maps the gut-psychology connection. They describe the dynamics of what is called “the abdominal brain.” The following illustration captures thousands of years of wisdom in a single picture.

According to Mantak Chia, when the intestine becomes congested, it cannot perform its physiological functions. Though you may eat well, you may be under nourished.

As he explains, each of the organs is correlated with one of the five elements. In turn, each is associated with specific positive or negative emotions:

All negative emotions are expressed in the small intestine by contraction and circumvolutions, Anger contracts the right side of the intestine near the liver. Worry affects the upper left side near the spleen. Impatience and anxiety affect the top. Sadness affects both lower lateral sides. Fear affects the deeper and lower abdominal areas.

As the I Ching instructs, the same dynamics repeat on every scale of magnitude, from cellular to universal. So many hints from sciences both ancient and modern could be taken in many directions. They apply to relationships on a personal level, to community dynamics, and governance. But those will be subject of posts yet to follow.

Campbell-McBride uses the image of a medieval fortress under attack to describe the breakdown of  defenses that result in auto-immune diseases. It parallels the Interleukin II research described earlier, where the grad students saw their research on pediatric leukemia in terms of a war between good and evil.

When confusions in gut mirror confusions of the mind – when the difference between friend and enemy is fogged — anabolic (building up) and catabolic (breaking down) functions are thrown off balance. The body  is fooled into turning against itself in self-destructive ways.

In conclusion, however, a key component overlooked in the popular gut-psychology formula must be noted. Spirit — that third, underlying, unifying and overriding component of the e = mc2 equation – plays a deciding role in the outcome of the LIFE versus death struggle to survive.

It is said that “The mind will play any tune you tell it to play.” 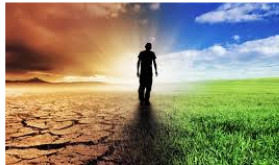 So – who is it that quietly instructs the mind which tune to choose?

LIFE itself, the soul’s advocate, is the tie-breaker that tips the balance.

Here, I allow Mantak Chia to have the final word. He describes the discipline of cultivating chi – the subtle energy that links mind and body — and the end goal of the path to which all endeavors ultimately lead:

I write in hopes that you will find this saga helpful. If you relate, I invite you to apply your imagination and follow wherever the subject leads you.