Over the past weeks, I’ve been enjoying The Purpose Driven Life: What on Earth Am I Here For? In its 37th of 40 chapters, Rick Warren, founding pastor of Saddleback Church, explicitly states:

Sharing your testimony is an essential part of your mission on earth because it is unique. There’s no other story just like yours, so only you can share it. If you don’t share it, it will be lost forever.

I have always had reservations about writing on Christ. On the one hand, over history, extraordinary damage has been done in his name. How could I hope to make a positive difference in a noisy field so filled with misunderstandings and confusion?

On the other, I am so much in awe of Christ’s sacred sacrifice that it seems presumptuous to dare speak of him.

But, in case it might make a difference, even if to just one soul, in the spirit of the saying, “To save one life is to save the world entire,” excerpted from Rethinking Survival,  is my personal testimony. 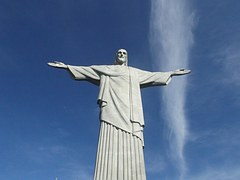 SAVING THE BEST FOR LAST: The Wait Was Worth It

I came to the New Testament relatively late in life. This was fortunate in many ways. Whenever I had the opportunity to learn about Jesus, my inner radar said, “No. Wait. Not yet.” This was something very special, something that had to be done at the right time, in the right way.

I did everything else first, as if creating a foundation upon which to build. I did my music years, my yoga years and university years. In each time frame, I closed out everything else to focus entirely on the discipline at hand.

So when it finally came time to focus on The New Testament, I was ready and well prepared to appreciate it. It hadn’t been spoiled by being introduced too early, before I was mature enough to relate to the teachings as an adult.

No one had spoiled the teachings for me with prejudiced opinions or by bad example. There was no social or authoritative pressure put upon me to either believe or not believe. It was my choice.

I came to the teachings, especially St. Matthew, with an open mind and uncluttered brain. I Ching and yogic backgrounds put the life and times of Jesus in perspective. Many of his teachings and so-called miracles were built on tacit understandings generally accepted at a time when people lived far closer to nature than most of us city-folk do today. This bedrock of common understanding has since, for the most part, been lost or forgotten.

His story didn’t seem like hocus pocus to me, as intellectuals often assume. In the context of Chinese sages and Hindu yogis, it was plausible and wonderful.

Here was an extraordinarily great master who choose to arrive on Planet Earth at a tipping point in history. Civilization had reached critical mass.

This rare, great being had the compassion and power to influence the fate (survival versus extinction) of the human race. His demonstrated love, courage and personal sacrifice changed the course of history.

Not coincidentally, it seemed that at the time I was making friends with St. Matthew (the early 1980s), humanity was slowly approaching another tipping point, another time when, again, human survival cannot be taken for granted. There was a message here for those with “ears to hear.”

It later influenced me to write Rethinking Survival for the purpose of giving people worldwide the means to see Christ’s power and purpose with fresh eyes. The Positive Paradigm of Change offers a context within which his life, death and transfiguration are understandable.

It gives us an opportunity to rethink the example of his life, teachings and sacrifice. It’s a means to save the hope of the Christ child from the bathwater of false distortions. It offers a way out of narrow-minded strife in political and religious arenas alike.

Bottom line: I found that the heart of the Old Testament and the New Testament which completes it both work for me.

What goes on at the surface, cultural level of institutional religions is a different matter. Sadly, too often, it’s apples and oranges. Disconnected universes.

So it bears repeating: distortions at the ephemeral surface cannot negate the power and validity of the scriptures.

Accordingly, whatever unfortunate baggage and associations have accrued to the teachings, release them. However jaded you’ve become, get over it. However tragic the past, forgive it.

Go back and rethink the teachings. See them like a genius, through child-like fresh eyes, as if for the first time, new again. It’s infinitely worth it.