Jordan B. Peterson, psychologist, truth-sayer and rock star of recent months, said that the most important work that can be done is establishing the relationship between belief systems and the outcomes they generate. I agree.

It doesn’t help to tell people to follow their dreams, to be the best they can be, or that nothing is impossible with the right attitude. When they live in societies that enforce limiting, false beliefs, they are (so to speak) paddling upstream in a leaky canoe without oars.

If you thinking you can wish on a star and get what you want, whenever you want it, with no concept of history, you’re in for a rude shock or two. Easy times are over.

If you think it’s possible to eliminate irrational hatreds and eradicate self-serving prejudice with logic and love alone, you’ll have as much success as a man pissing on a forest fire.

Here are (just a few) examples of disastrous results that flow from static, incomplete and incorrect paradigms:

People who live in the poverty of a flattened, empirical science belief system are being told, in effect, by their parents, educators and political leaders that they don’t (and shouldn’t) exist. That only their physical appearance, social status and material possessions matter. Wonder why suicide rates are so high? Or that respect for authority is at an all time low? Or that government corruption is rampant? Or that underworld violence is escalating over the top? (Surely you can add to the list.)

Deny inner emotional levels of the Life Wheel. Suffocate innate impulses to play and seek adventure. Ridicule innermost intimations of immorality and highest aspirations. Starve people of meaning and joy in the name of duty and obligations to serve the collective. That’s the sure recipe for destruction of highest magnitude. It begins one destroyed individual at a time. And ends with the collapse of whole civilizations.

The only way out of this madness is to restore a complete and accurate paradigm. Acknowledge the multi-dimensional quality of life – the inherent pattern of perfection – which is everyone’s inalienable birthright.

Further, the Life Wheel doubles as a time clock. You need to know not only who you are, but where you stand. The precise point in the cycles of history you’re in right now tells you the specific dangers and opportunities open to you NOW.

For example, the biblical stories which Dr. Peterson recommends as Maps of Meaning show repeating cycles of events. Which of these stories apply to us NOW? More specifically, which point in time within those stories is relevant?

But I’m more interested in King David, who, like Christ, was born in Bethlehem, and who as a young shepherd was anointed by the prophet Samuel to be future king. The point in time that’s appropriate to us now, I think, is the confrontation between the boy David and the giant Goliath. Today, this might represent individuals of good will in the face of impending totalitarian global government.

There are other biblical figures who at critical points in their cyclical (hero’s journey) experience, are being picked up upon as useful role models. One is Noah anticipating the flood. Another is Joseph at the time he foresaw and was allowed to prepare for times of famine.

There’s Moses at the critical time when the Angel of Death upon the Land of Egypt passed over the homes of the faithful.

And then there’s Job, the model of faith enduring to the end and being restored, even better than before. The phoenix image.

Here’s the secret to be gleaned from this story, illumined by the infinity symbol that links the levels of the Life Wheel. Job says, “The Lord giventh.” This is the outward, materializing movement from center to surface of the Wheel. “And The Lord taketh away.” This is the receding path of return to center. In all, “Blessed be the NAME of the Lord.” The Logos. Think Indy Jones in the Grail movie, the Last Crusade. The receding steps leading to treasure are marked with the Hebrew letters that spell out the Name of God. The creative Name. Remember his “Leap of Faith.”

Also remember that he’s not the only one seeking the Grail . . . power-hungry Nazis are close on his heels, seeking immortality not for love of human/divine fathers, but for the fatherland.

The 11th hour we’re now approaching was foreseen in 1998. I continue to write in this mode, most currently in As Conflict Escalates, What Can Be Done Now? Here is summary and conclusion:

In the past, monasteries arose as islands of hospitality, learning and civility during Europe and Asia’s so-called dark ages. Once again, as another dark age looms on the horizon, intentional communities dedicated to preserving the essential teachings will naturally arise. My best hope is that future leaders will meet the responsibility of shaping hopeful new beginnings; that they will succeed in transmitting the wisdom of the ancients to future generations along side the complimentary technical know-how of today’s sciences.

In the Positive Paradigm reality map, future educators have a versatile self-awareness tool with which to teach the basics of leading an integrated, self-responsible life. Building on the seven basic axioms which flow from it, tomorrow’s leaders have a viable model upon which to structure healthy social organizations.

Resolving conflict necessarily occurs one person at a time, and from the inside out. For this reason, however complex and overwhelming world problems may seem, we each have the option and responsibility to improve that which is closest to home: ourselves. By reducing internal conflict within, each of us has the potential, if only in modest ways, to reduce the conflict without. . . . 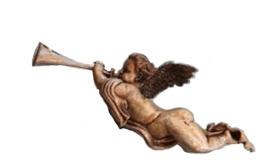