Here I must make an exception to my usual rule, “Take the best. Leave the rest.”

As a reminder, here’s the Take the Best standard:

In reading opinion and even “how to” pieces, I recommend the 30/70 principle. With careful attention and a little bit of luck, it’s possible to extract the 30-percent value from the 70-percent rubbish in which its embedded.

At Oberlin, where I had the good fortune to attend college, this process was described in agricultural terms: “sifting and winnowing.” Founders probably had a biblical allusion in mind: the end-time sorting of wheat from chaff.

Were it not so over-used, “discrimination” in its original meaning would be another way to put it.

I’ve come to recognize that it’s ideas — usually unconsciously held in the form of automatic-pilot, programmed assumptions — which drive decisions, actions and ultimately, survival options. Even with the best of intentions, people who operate on incomplete, inaccurate and conflicting beliefs undo themselves and harm others .. .

Sadly, I now recognize that Jordan B. Peterson is no exception. On one point in particular, he is dead and dangerously WRONG!

He claims that everyone is a potential monster. Each of us, in certain circumstances, would behave no differently than sadistic Nazi prison guards.

Here, briefly, is how he arrived at that conclusion. He recognized that potential in himself. In reading Jung, he came to mistakenly equate the experience of evil impulses with the “unconscious” shadow side of the human psyche. Ergo, since we all are in part unconscious, we are all in part evil.

Now, his experience of cruel impulses and his buying into Jung’s confusions about the “shadow” are his own personal problems.

I draw the line, however, when he uses his bully pulpit as professor and now media rock star to mislead sincere young people (primarily men). Like the Evil Emperor, he is seducing potential heroes like Luke Skywaker to the dark side of the force.

He asserts as if undeniable fact that we are all intrinsically capable of evil. To deny the dark, shadow, evil side of oneself is self-deception. It is foolish and naive – the mark of victims.

This assumption is so repugnant to me that I asked for OA’s opinion. He shook his head, No. Sadistic Nazi guards, he said, were the ones who as young boys tore the wings off flies and tortured their pet dogs. To the contrary, for example, forensic researchers who studied the remains of America’s Civil War battlefields found that frequently, dead soldiers carried fully loaded weapons on their bodies. Killing a fellow human being was apparently so unacceptable that they preferred to go down without firing a shot. That’s closer to the “norm.”

Yet Dr. Peterson insists on instructing students that they must accept and integrate into their personalities evil (a.k.a. the shadow dark side) as part of their essence. I say, NO! Light is our true and universal essence. To repeat from Be an Instrument of Light:

God is not and could not possibly be dead.

Being made in the image of God,

YOU are the living proof of God’s existence.

The truth cannot be altered. Each of us is the embodied form of a musical instrument. Even if, for any multitude of reasons, your light is switched off right now, you still have the innate potential to conduct electricity (energy, prana, chi) that in turn transforms into light.

The problem lies in the abuse of God-given Free Will. Perversions of our essential nature – including gratuitous cruelty – are the cumulative result of bad decisions made over a very long period of time.

Dr. Peterson’s way to prevent acting out evil is to “tell the truth.” But what does he mean by truth? Does it mean point an accusatory finger outwards towards others to expose their faults? Exposing problems within human institutions?

Or does he point the finger inwards towards his own (and by extension, everyone’s) limitations? Admitting fears, rage, resentments and malevolent intentions driven by envy and greed is NOT divine Truth – certainly not the truth intended when Christ said, I am the Truth and the Way. Far from it.

OA calls identifying with personal limitations “Honest Bullshit.” The Herculean solution is to clean out the Aegean horse stables – releasing negativity to restore underlying, fundamental, universal Truth. Clean out the inner emotional swamp. Just as sculptors chip away at a block of stone to reveal the figure hidden within it, so true teachers show us how to shed human dross and release inborn greatness.

This admittedly “hyper-verbal” professor is fiercely passionate, apparently sincere and highly entertaining in the delivery of false ideas. His personal magnetism – his manly panache – distracts away from critical analysis.

Here’s why I make my exception to the Take the Best rule. While I appreciate the value of Dr. Peterson’s  work, this one point is too dangerous to give a pass. It’s one thing to admit his potential for malevolence. That’s between him and God.

It’s quite another to thing say that, by extension, because he has cruel tendencies, EVERYONE does. That cruelty is innate — part of our essence. DEAD WRONG. Worse, he says we should actually cultivate it in ourselves as if owing it is the only way to recognize it and thereby prevent being victimized. “Be the baddest ass on the block to scare off wanna-be bullies.”

Dr. Peterson holds Disney’s Simba, the Lion King, up as an example to follow. Simba grows into a King, all right. King of the beasts. But there’s much much more to humans than that bestial component! Worse, he repeatedly states that you must develop your inner monster – your inner psychopath – grow TEETH, as if two wrongs make a right. NOOOOO. Two wrongs do not make a right. To the contrary, they magnify and compound the depths of evil.

Quite simply, Jung was probably advising us to make the unconscious conscious. Fine. Granted. But this process has nothing to do with mistakenly integrating hidden demons into our personality. Nor does it sanction acting them out. I doubt this Dr. Peterson’s intention. But it’s too easy, out of context, to misconstrue his meaning.

Giving him the benefit of the doubt, I think what Dr. Peterson intends to recommend is that we become WARRIORS. Fierce. Competent. Able to protect ourselves and others from seductive evil.

That I can identify with and wholeheartedly recommend. In fact, it’s a frequent theme.

OA . . . described the necessary role of a “righteous warrior,” one who has the back of true peace makers. A farmer plows his field, plants and harvests his crops. He teaches his children, loves his family, and mends his fences. Day in and out, he does whatever it takes to support those he loves. And when an enemy approaches his gate, he defends them with his life. It’s all woven into the single fabric of life.

And what protections against monstrousness does a righteous warrior bring to the ongoing battles of daily life? The weapons of light – the equivalent of Luke Skywalker’s light saber, designed to defeat darkness. Members of every American military branch know this. They choose wisely, every day, living by scripture, making incrementally correct choices in every area of their lives.

The opening verse of Psalm 91 offers a radically different understanding of “the shadow.” It is worth your careful thought:

He that dwelleth in the secret place of the most High

shall abide under the shadow of the Almighty.

The opening verse of Psalm 144 is also an eye-opener:

Blessed be the Lord my strength

which teacheth my hands to war,

and my fingers to fight:

Warriors for countless generations have suited up for battle in the full armor of God described in Ephesians. 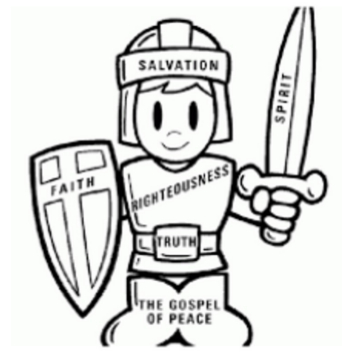 11. Put on the whole armour of God, that ye may be able to stand against the wiles of the devil.

12.  For we wrestle not against flesh and blood, but against principalities, against powers, against the rulers of the darkness of this world, against spiritual wickedness in high places.

13.  Wherefore take unto you the whole armour of God, that ye may be able to withstand in the evil day, and having done all, to stand.

14.  Stand therefore, having your loins girt about with truth, and having on the breastplate of righteousness;

15.  And your feet shod with the preparation of the gospel of peace;

16.  Above all, taking the shield of faith, wherewith ye shall be able to quench all the fiery darts of the wicked.

17.  And take the helmet of salvation, and the sword of the Spirit, which is the word of God:

This is the tradition which Jesus, as a practicing Jew who kept the sabbath, told us he came to fulfill.

Now, Dr. Peterson is rightly obsessed with how to stop genocides from recurring. Hitler, Stalin and Mao might well be precursors of far worse in the works. He’s got the problem right. But solutions remain where they have been since the times of Moses and later, King David:

But I’m more interested in King David, who, like Christ was born in Bethlehem, and who as young shepherd was anointed by the prophet Samuel as future king. The point in time that’s appropriate to us now, I think, is the confrontation between the boy David and the giant Goliath. Today, this might represent individuals of good will in the face of impending totalitarian global government.

It is surely no accident that Patton, the general who stopped Hitler, quoted scriptures like a bishop, knew Shakespeare’s verse by heart.

What’s needed now, OA told me, isn’t pacifists. Trying to reason with an evil enemy is like pissing on a forest fire. What we need now is a generation of warrior monks. Though they serve wisely, with peace in their hearts, at the same time they’re ever alert – competent to protect against intruders, whatever the level.

OA continued, People misconstrue the words, “He who lives by the sword dies by the sword.” No fault or prohibition is implied. A soldier who fights for a living hopes to retire and die in bed. A righteous warrior, however, fights the good fight right up to the last breath. It isn’t a reproach to say he’ll die by the sword. Standing firm in his truth even to the very end earns him an honorable and worthy death. 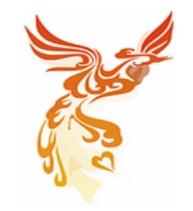 Here’s a hint. Though not an excuse, Dr. Peterson’s metaphysical /logical insufficiencies are the symptomatic, even  inevitable result of operating from an incomplete, flat and linear false paradigm. It is highly unlikely he would make the same recommendations if he were better in-formed. Were he operating from the complete Life Wheel, he would better understand where Truth resides, what unconscious shadows are about, and how monsters are made.

He owes it to himself, his beloved family, and the countless fans who hang on his every word to get it right.