Dr. Jordan B. Peterson says, “Truth is the handmaiden of love. Dialogue is the pathway to truth.”

I say, “Dialogue may be the instrument of coming to common understanding between individuals and amongst groups. But Truth has many levels.” 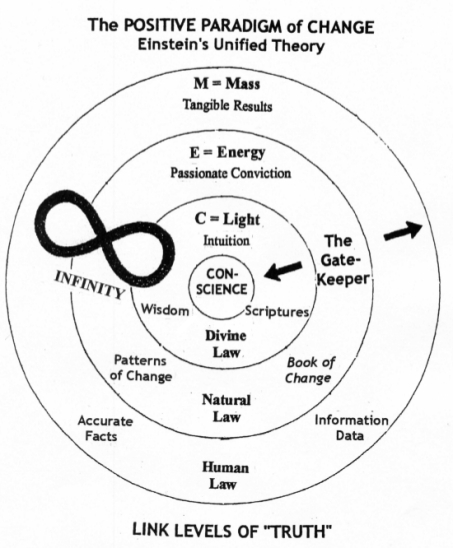 At the center of the Life Wheel, Truth partakes of the absolute, unchanging source. But ephemeral manifestations of truth depend upon the focus and direction of travel – the inward or outward pathway – within the Life Wheel.

These distinctions serve to solve much confusion. Understanding them simplifies and clarifies experience.

“Hard evidence” partakes of facts and data verifiable by standard research methods. It lives on the ephemeral surface of the Wheel.

The truth of subjective opinions and feelings/emotions is also subject to continuous change. They reside at the middle level.

Absolute, unchanging Truth rests within the innermost center of the Life Wheel. Several bible study blogs elaborate on Truth at this level:

If we ever hope to determine if there is such a thing as truth apart from cultural and personal preferences, we must acknowledge that we are then aiming to discover something greater than ourselves, something that transcends culture and individual inclinations.  To do this is to look beyond ourselves and outside of ourselves.  In essence, it means we are looking for God.  God would be truth, the absolute and true essence of being and reality who is the author of all truth.  If you are interested in truth beyond yourself, then you must look to God.

Proverbs says, “one who speaks the truth gives honest evidence. (12:17)

Truth is also a quality used to describe utterances that are from the Lord. The psalmist tells God to “guide me in your truth” (25:5); the psalmist asks God to “send forth your light and your truth.” (43:3)

Now, the absolute truth experienced and then described in scripture is unfathomable to most of us. As written elsewhere:

“The bad news is, it’s like trying to explain what colors look like to a blind person, or how chocolate tastes to someone who’s never had any.

“The good news, however, is that inner truth can be known by direct experience. And there are means and methods for getting from here to there.”

Were you to ask a Zen master how to achieve enlightenment, the simple answer you’d probably get is: “SHUT UP!”

In gentler form, the Yoga Sutras of Patajani offer the same solution.

As I’ve also written elsewhere, the path of a Truth is a two way street.

To know the truth, be quiet. “Shut Up.” “Be still and know that I AM God.” Travel the inward path from surface to center of the Life Wheel to reunite with the Creative Source experienced as Conscience.

If you want know the world, then reverse course. Move in the opposite direction. Extend outwards from stillness towards the manifest world on the hub of the Wheel.

Lao Tze puts it this way:

On another tack, in two separate posts, I’ve written about truth as game. Popular shows you’re probably familiar with include TO TELL THE TRUTH and TRUTH OR CONSEQUENCES.

Bogus claims . . . remind me of the long-running TV game show, “To Tell the Truth.” In this format, three challengers are introduced to a celebrity panel, each claiming to be the featured guest. Impostors can lie and pretend to be the central character. Only the real one is sworn to tell the truth. Panelists are challenged to ask penetrating questions, see through deceptions, and correctly identify the truth teller.

In this game reality, the best liars are rewarded. But that’s not how it works in the real world. There’s nothing entertaining or ultimately rewarding about deceiving the public. Yet, at this stage of history, it’s nigh unto impossible for all but the most discriminating (in the positive sense) to tell the difference between imitators and the “real deal.” Shameless parodies of wisdom traditions abound.

As for Truth or Consequences, it may be well worth your while to check out the entire post. Here’s a snippet:

I remembered this experience while writing about Terry Silver’s three rules for winning an unfair fight. He advised Daniel-san, the Karate Kid:

Granted, I appreciate what the monkey prohibitions were getting at originally. It has to do with the meditative discipline of Stillness. If the bans are a warning not to get entangled in negative situations that poison mental clarity, not to speak impulsively or slander others, and not to project dark side urges onto others, then fine. Otherwise not.