On a personal note, I’ll confess that the following was written because of an early morning dream. The previous night, being overwhelmed by the illusion of futility, I’d decided not to write further unless invited, and with a promise of financial reward attached.

But the dreaming mind knows better. I can’t recall how the dream started. What I do remember was sitting in a large convention hall at a dinner hosted by a football coach. He was chastising (in absentia) ticket holders who hadn’t shown up. And he was honoring fans who had. He rewarded the most loyal ones with lifetime game tickets. The middling ones received the current season’s tickets only.

Exactly how this followed, I cannot tell you. But I knew I had to keep writing, and that a blog on Virtue was what needed to be thought through and posted.

In rethinking the recent blog on ethics, I connected several dots for the first time. I’ll also connect what I’ve written on Virtue to Dr. Jordan Peterson’s most excellent videos on the subject. Spoiler alert: we agree in substance entirely. My particular contribution is the multi-dimensional Life Wheel geometry. It adds depth and dimension — a new perspective — to the mix. In addition, I look to the energy concepts embedded in Traditional Chinese Medicine (TCM) for a more comprehensive take on Virtue.

In Why be Virtuous, he says:

If you’re going to rely on your sense of meaning, make sure that you don’t pollute the mechanism. . . . try not to utter falsehoods, because you warp your neurological structure by doing so. . . it will read out pathologically. . . if you rely on it to guide you, it will run you right off a cliff. So that’s why there’s a moral element to this.

. . . Why be virtuous? That’s the question. It’s so that you can bear the suffering of life without becoming corrupt [forgetting, becoming disconnected, dissociated from the core center of who you truly are] . . . it’s practical. There’s nothing more practical than that. Unless you want misery . . .

Listening really closely to Dr. Jordan Peterson on the Necessity of Virtue helped me recognize that in fact, he is fully aware of and gives us all the elements of the Life Wheel. It’s as if he as a “natural,” intuitively aware of the Wheel’s existence. But he zips right passed it, like Einstein and his famous equation, not knowing what he has been given.

With emphasis to underscore the correlation with the Wheel, he says:

. . . To the degree that they [clinical clients] are embedded in a network of relationships where virtue is fundamentally absent, they’re tortured and tormented and they’re unable to find firm ground.

I think one of the things that it has really blinded us to is the nature of our own being. 2:32 because we make the assumption that the fundamental constituent elements of reality are material. We fail to notice that the fundamental constituent elements of our own reality are NOT material [outer surface rim of the Life Wheel]. They”re emotional [energy level]. They’re motivational [light and conscience levels]. They’re dreams. They’re visions. They’re relationships with other people. They’re dependent on consciousness – and Self-consciousness. And we have no materialist explanation whatsoever either for consciousness or Self-consciousness. And we don’t deal well from a materialistic perspective with the qualities of being.

First, as an aside, here is a personal example of how life experience has prepared me step-by-step for the unforeseeable future. I started as a musician, training my hands and building keyboard skills. This translated into typing faster than a speeding bullet, which made it possible to pay the bills as a legal secretary. In that job, I learned transcription, which later served me well as a graduate student taking ethnology courses. During that time, I learned that recording interviews not only freed me from having to take notes, the better to give the subject my full attention. Transcribing afterwards gave me the humble awareness that – of what I thought I had heard — I’d consciously registered at best a small fraction of what had been spoken.

The payoff even further down the pike is that now, when I listen to youtube videos dense in spoken content, I know to transcribe them word-for-word, the better to really “hear” all that has been spoken.

A second important aside – an inversion of the Crime and Punishment theme. While full-spectrum virtue has its intrinsic rewards, in corrupted civilizations, virtue sometimes has short-term punishments. Socrates’ death, described by Plato, is an example. Described in Essay 2 on Death:

Fear is the natural outcome of limited materialistic beliefs equating the end of physical life with total extinction. Those who experience the True Self as immortal and indestructible are not plagued by fear of mortality. No doubt the courage and solace which sustained Socrates as he calmly accepted his death sentence — not as an escape, but an affirmation of principle — came from the depth of his soul awareness.

Now then, to the point: the complete and accurate paradigm embodied in the Life Wheel makes it possible to distinguish the differences between morality, ethics and virtue.

This is one reason why restoring a complete and accurate paradigm to common understanding is a matter of human survival. For without agreement upon a complete and correct paradigm, a community of shared, effective communication is not possible. (Who would actively promote this negative/destructive outcome, and why? Who stands to benefit?)

Conversely, there is no place for genuine Virtue in a hollowed out, atheist world view. Its origins and home have been ruled out.

In the complete and correct paradigm, Christ shines forth from the eternal center of the Life Wheel. His light illumines the middle level, which filters light into the full spectrum of natural virtues. Virtues, including kindness, gentleness and courage, reflect inner light. They are hardwired at the energy center, woven into human DNA.

Dr. Peterson says the significance of Christ’s being a carpenter is that he had to do good work – build houses that stay standing. Agreed. In addition, however, historically a “carpenter” is “joiner,” meaning one who connects all the pieces together – one who has the ability to unify separate parts into a single, coherent whole. The Life Wheel which links center to surface in an infinite loop represents this reality.

In this context, morality is a socially useful code of conduct located on the surface rim of the Wheel. Genuine virtue, like the Law of Karma, is an energy concept located in the fatally forgotten middle level of the Life Wheel. As described earlier, this level serves as the necessary two-way Gate-Keeper between the eternal center and its manifest world.

Morality has a virtue component, but with add-ons. It can reflects Divine Law. An example of this is the Ten Commandments handed down from God on Mount Sinai to Moses. On the other, it sometimes, though not always, is reflected in Human Laws. Warrior codes of conduct are one example. Others include religious sanctions and secular legislation which dictates moral behavior. Outcomes are inconsistent at best.

Whereas ethics are strictly intellectual, moral courage blends mental commitment to a code of conduct with the virtue of fiery conviction.

Here is an essay that expands on what I mean:

In the West, virtue suggests righteousness, but in fact Te is a term that refers to the potential energy that comes from being in the right place and in the right frame of mind at the right time. — R.L. Wing, The Tao of Power

The last thing to say about strategy is that it exploits opportunity, the right moment. Greek theologians called it Kairos, the point when the new is received. . . Ask: “Is this something that fits our strengths? Can we develop the service that satisfies?” Then comes the third element, the right moment to seize the opportunity by the forelock, to run with success. — Peter F. Drucker, Managing the Non-Profit Organization

The destiny of mankind is not decided by material computation. When great causes are on the move in the world. . . we learn we are spirits, not animals, and that something is going on in space and time, and beyond space and time, which, whether we like it or not, spells duty. — Sir Winston Churchill, Radio broadcast to America

Definitions of virtue are mixed and confusing. Ancient derivations suggest goodness or power. Latin roots imply manliness or worth. Webster’s definitions refer to moral excellence, right action and thinking. In a woman, virtue is said to imply chastity. In a man, it implies effectiveness or force. It can also mean the power to heal or strengthen.

In ancient Asian traditions, virtue is used as an umbrella term. Healing sciences correlate the healthy functioning of each internal organ with a specific virtue, while weakened energy centers generate negative emotions.

For example, heart energy produces either the experience of love or expressions of cruelty. Kidney energy manifests as either gentleness or fear. Liver energy has the potential for either kindness or anger. Lung energy produces confidence or grief. Spleen energy manifests alternatively as openness or anxiety. Combined positive energies blended together create a transcendent virtue called compassion. In Western traditions, this compassion is called charity.

Though in medical schools it remains a little know fact, oriental and occidental healing traditions have common origins. The caduceus, the familiar symbol of the modern medical profession, has its origins in Greek mythology, which in turn extends back to Himalayan traditions, and still further to ancient Egypt. In Greek mythology, the caduceus is the healing staff of the messenger god, Mercury. In yoga traditions, this symbol represents energy anatomy. 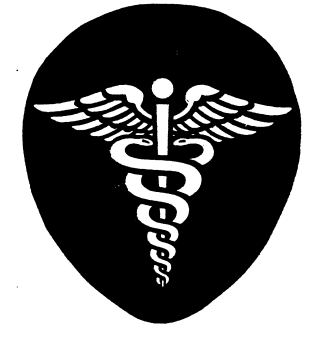 As a shorthand logo, the staff represents the spine. Twin snakes encircling the axis represent alternating positive and negative energy currents. Intersecting points where cyclic energy forces meet at the axis are the major centers of transformation, chakras. Wings sprouting from the bija point at the top of the axis represent the ajna center, known as the “third eye.”

I Ching traditions describe virtue as the competence acquired by coordinating and balancing the yin-yang functions and concerns associated with each subtle energy center, then harnessing these energies to serve consistent, positive ends. It is not gender-specific.

Confucius compared virtue to an oriel. He observed this bird as being perfectly in harmony with nature: precisely accurate in the timing of its flight, poised upon well-chosen landing, and sweet in its song. Who, he asked, could hope to be more virtuous than this winged messenger?

Such virtue is radically different from arbitrary moral codes specific to a particular time and place. Sometimes an elite class imposes morality upon presumed inferiors in order to exploit them. Often, the unspoken maxim is, “Do what I say, not what I do.”

Rich corporate owners, for example, expect their workers to be hard-working, law-abiding and honest. For the most part, however, they themselves act as if above the law. Compliant workers though moral, aren’t necessarily virtuous.

Soldiers follow orders, mindlessly destroying life and property for the sake of pay. Warriors uphold the codes of their particular tribe or clan. Heroes act from love to protect life. Great leaders like Lincoln, Churchill and most recently Giuliani, however, shed light on the human condition during history’s darkest hours and times of greatest need. They exemplify innate virtue — the courage which leaders of all cultures share in common.

Vice is the opposite of virtue, while sin is the opposite of morality. Villains are those who abuse energy potentials to destructive ends. Chief among the vices is pride, taking natural gifts for granted, forgetting their universal Source. Another is deception, pretending to have virtues one lacks in order to get respect and compliance from others.

Indifference, apathy and paralysis are perversions of virtue. Stagnations in the human body and body politic reduce an organism’s vitality and capacity for positive action. Macho moral codes which assume virtue is exclusively gender-related become self-fulfilling prophecies — IF women and men are fooled into accepting them.