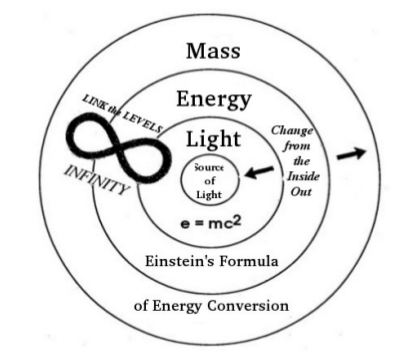 AXIOM FIVE of the Positive Paradigm states, “History Is Neither Progressive or Linear, Nor can Human Survival Be Taken for Granted.”

This concept runs deeply against the grain of progressive beliefs. It’s so apparently threatening to even consider that many are unwilling and/or unable to wrap their minds around these basic facts. However, denial doesn’t change what IS. It only leaves the fearful unprepared – unable to make the in-formed, correct decisions necessary to meet and survive immanent dangers.

Survivalists have warned of a Near Extinction Level Crisis (NELC). Some say it’s already under way. We’re already in its midst. Others speak of a catastrophic “deep well die off.”

Be that as it may, in Positive Paradigm context, some things never change. Others do. Knowing the difference between absolutes and ephemerals is a matter of life or death. The center of the Wheel is changeless. Those in the know depend on this. But the Wheel’s rim spins in endless circles of repeating, patterned change. Therefore, survivors anticipate the predictable, cyclical changes of nature.

They know far better than to take immediate appearances at face value. They’re not fooled by wishful thinking into the false belief that what can be seen is permanent.

Lao Tze, author of the world-loved Tao Te Ching (The Way and Its Power), knew this and tried to warn the world. Sun Tzu, Chinese author of The Art of War — a manual used by successful military leaders for hundreds of years — taught savvy strategists how to exploit the knowledge of human dynamics to win their battles.

Today’s international business leaders have adapted this wisdom, as well as spin-offs like the 36 Stratagems, not with an eye to human survival, but only to capture markets, maximize corporate profits and beat out the competition.

These various texts all draw on the wisdom encoded in the Chinese I Ching, the venerable Book of Change to steer the decision-making process. They rely on applications of the laws of subtle change to stay ahead of the curve. Knowing that surface appearances are deceptive can be used either as a protective, self-defense measure or as a means for taking advantage of the less informed.

Those who love life and take human survival to heart have passed on the basics of how the world really works to those with ears to hear. In contrast, others hoard this knowledge as if to prosper themselves at others’ expense. They deny or even ridicule it, keeping perceived enemies “in the dark” to prevent their success.

In the dark ages, Europeans were taught to believe that the world was flat. The fact that the globe of spinning Planet Earth is in fact round was received as life-changing information that dramatically changed the way people thought and lived.

Similarly, today some still continue to think of history as a flat, perpetually forward-moving straight line. But they are as sadly mistaken as were the ancient seafarers who guided their ships on the assumption that the world was flat.

In fact, the dynamics of human history resemble a multi-layered clock whose second, minute and hour hands continuously return to the same starting point at different rates of speed. Rethinking the paradigm of history to align with known facts would give future leaders an edge on survival. 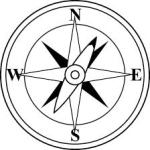 Hegel and Marx had a partially correct, but disastrously hollow view of historical change. They pictured it as a rectangular-shaped grandfather clock with a pendulum that swings back and forth, repeatedly moving right and then left of center.

Their concept of a dialectic prescribed an eventual synthesis of both sides in an upwardly moving, progressive direction. The partial truth in this model is obscured by its inaccuracies and politically destructive applications.

It’s important to note that the interrelated, interconnected fabric of life pictured by the Positive Paradigm Wheel isn’t limited to this particular planet or even one solar system. As a universal model, it literally has applications to how the universe, or even multiple universes, work as well. This possibility is not completely foreign to our human history.

For example, the Anastazi, a highly sophisticated culture of eco-savvy cave dwellers located in Mesa Verdi, Colorado, thrived and then mysteriously disappeared. Like the Inca civilization located in Peru, and ancient Egyptians who built the pyramids, their detailed and accurate understanding of astronomy led archaeologists to conclude that they came from, were in correspondence with, and might eventually have returned to destinations far beyond Earth.

Just as humans continue to navigate their ships in the waters of Earth’s oceans, there may have been — and may again be — times when star travelers operate on paradigms that allow them to travel the oceans of distant space. The wheel-shaped Star Gates of the science fiction series by the same name are suggestive of imagined (or carefully kept) secrets.

In sum, there’s far more to human origins and history than people dream of. Science fiction teases us to think outside the limited historical paradigm. There’s truth in supposed “fiction” that would enrich our possible futures if we use it to expand our knowledge paradigm to match the facts of what has been and could yet still be.

Corollary A: The seasonal, cyclical model of history applies equally to personal lives and the dynamics of organizational and even dynasty life-spans. Knowing the current time, as well as the direction in which its going, is important information to be taken into account in any decision-making process.

Corollary B: Just as the hour hand returns to its beginning point and then continues on to start the next hour, our lives do not end with one span, but continue on. This accords with metaphysical and religious views on reincarnation and immortality. These are not mutually exclusive beliefs. Reincarnation occurs on the surface of life’s wheel, while immortality resides at its center.

Corollary C: Facing the prospect of human extinction may be threatening. But refusing to consider and act on the possibility doesn’t make the danger go away. It renders us unprepared to meet and mitigate danger, preventing the possibility of re-charting the course of history for the optimal use of available options.

Keeping the subjects of magic and space exploration secret, relegating them to the genres of so-called fantasy and science fiction is form of denial. It limits our options for meeting whatever is to come fully and optimally prepared.

When life transitions are anticipated and wisely prepared for, they can be faced without fear and navigated successfully. Elizabeth Kübler-Ross’ research on death and dying has equally useful applications to both individual experience and the history of civilizations.

Corollary D: Nothing on Earth lasts forever. Accomplishments in the fields of science, humanism and spiritual enlightenment cannot be taken for granted. In Positive Paradigm context, the creative source resides eternal at the center. While there’s evolution on the outward path, there’s also the opposite and equal potential for devolution on the return path. This includes not only physical dis-integration, but also corruption. This leaves savvy leaders with important choices to make, for themselves as well as the followers who depend on them.

Corollary E: An apparent death sentence makes time remaining all the more precious. In biblical terms, awareness of impending disaster is motive and opportunity to repent (meaning to change one’s heart and ways), and to atone (meaning to realign with the center), using the gift of whatever time is left gratefully, wisely and well.

Some will actually defy medical/historical prognosis and survive to carry on, whether it be here, in other dimensions or even different universes. (Science fiction fans of TV’s two-hearted, regenerating time traveler Dr. Who are well-acquainted with these possibilities.)