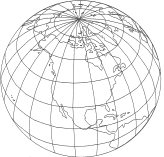 Like magic, hints about the baby steps to take next have been coming from all directions.

Today, I’m writing in answer to a comment made on Two Out of Three Isn’t Enough:

Hi Patricia, I enjoy your writing style. That said, one must write with a target audience in mind; at least commercially. Otherwise you are just writing for yourself.

For a split second, I went on the defensive.

This particular LinkedIn connection has followed my posts from the beginning. He should know me better by now.

To state once more what I’ve repeatedly said, I write because — like so many men and women – my lonely, early years were haunted by unspeakable specters of suicide and abuses of power. If what helped save me could, paid forward, make a difference in even one life, it would, for me, be enough.

“To save one life is to save the world entire.” This is the mantra that keeps me going late nights, after daily tasks are completed, even when my physical body urgently wants rest.

Though surely not intended, what “a target audience” conjures in my mind is the image of armed game hunters dressed in orange and camo garb, scouting for animals to snuff the life out of and eat for dinner.

Not that I haven’t given conventional writers’ wisdom – “know your audience” – some thought, thank you anyway. I have. A lot, in fact.

Here’s part of the problem. The Life Wheel is universal. It offers a scientific underpinning to support humanistic calls to live in peace. As written in Sages and Scientists Can Agree on This, it has the potential to restore awareness of the common humanity everyone everywhere shares in common.

On the opposite, shadow side, today’s lack of a universally accepted, complete and accurate paradigm answers the plaintive question, “Why can’t we all just get along?” Limiting, misleading paradigms are a root cause of widespread conflict and suffering in today’s dangerously volatile world.

Everyone is fascinated by both sides of change. On the one hand, we yearn for positive improvements. On the other, we dread the unknown. That’s because no one taught us the survival basics in school. We never learned how the dynamics of duality drive relationships in the world. We don’t know how to balance yin-yang opposites to maintain stability, first within, then without.

So we remain conflicted – on all levels. Ambivalent. Paralyzed. In fact, lack of survival basics has become our Achilles Heel – our fatal flaw.

Change is a word on the lips of CEOs, politicians, radicals, therapists, pastors everywhere. All use it. But very few have an in-depth understanding of what it’s about, much less have the methods and means to act as effective agents of positive change.

That’s one reason why I have a problem with niche thinking. The current trend of carving humanity into smaller and smaller, mutually exclusive either/or interest groups is a symptom of the fragmented, isolating thinking we desperately need to overcome. . . . which the Life Wheel has the potential to heal.

Fortunately, however, this coin has a flip side too. Being universal, the Life Wheel can be brought to life – animated and applied to illumine each and very tiny corner niche.

So, I’ve done my bestest to go with the flow of common wisdom.

For example, for a time I focused on MILLENNIALS. Being tech savvy, I thought, they are especially well qualified to resonate with the digital technology of the Book of Change — The I Ching. Further, they’re the ones most disillusioned of the “American dream.” Being less invested than their elders in prevailing, dysfunctional paradigms, I thought they would “get it.”

In When the Lights Go Out, Who Will Millennials Call? I wrote what still reads to me like a wake-up tour de force.

I continued with Good News and Bad News for Millenials.

Did any one get it? What more can I say? (Perhaps, I sometimes think, someone else might say it differently and better.)

Nevertheless, I tried again, suggesting what could have been billion dollar game and app ideas in An Inner Compass App for Millennials.

Response? Instant contact from a venture capitalist. He wanted to pick my brain; tried to coerce me into signing a non-competition agreement that would, in effect, block further blogging. So sorry. No can do. (Reminded me of Hannibal’s words, “When the lamb cries, the wolf comes. But not to help.”)

Next, in frustration over the foolishness of a self-proclaimed millennial leader who didn’t get it whatsoever, I wrote What the Generations Share in Common.

So, moving on to other audiences.

The I Ching has been the primary decision-making tool used by LEADERS in every walk of life – government, military, monastic, medical, mercantile . . you name it . . . for thousands of years.

So I applied the Life Wheel, as the next generation Book of Change, to address a host of leaderships issues. For example, in response to a direct question, I wrote How Bad People Become Leaders; and then Savvy Leaders Go with the Flow.

In True Leaders Trust Their Inner Compass to Over Come Confusion, I introduced the Life Wheel to Authentic Leaders who already accept the importance of following their North Star.

In The Positive Paradigm Handbook: Make Yourself Whole Using the Wheel of Change, I’ve shown how THERAPISTS and SELF-HEALERS can turn the Life Wheel into a diagnostic and a decision-making tool. I have a special fondness for Jungian analysts, and said so in Therapists as Positive Change Agents.

For those who chose to frame their truth in the language of PHILOSOPHY, I wrote Change the Rules of the Knowledge Game. Here I focused the Life Wheel on the field of epistemology – the (politically charged) study of who can know what, and how.

But . . . I still ask myself, how does one “target” the diverse and widely scattered audience of readers who hide painful dark secrets under the facade of their ordinary lives as housewives, students, soldiers, athletes, priests, poets, politicians, CEOs, entrepreneurs and on and on. . . ?

How does one “target” the hidden army of loved ones so poorly equipped to win the war to rescue sons, daughters and spouses from quiet desperation?

How does one effectively extend compassionate hope to the multitude of isolated, face-saving power abusers in high office — addicts driven by psychological forces outside their conscious awareness, rendered taboo by current dysfunctional paradigms.

How do I tell all of them, that like me, with the I Ching as a confidential best friend, they would find out that they are never, ever truly alone. And that everyone can choose to change for the better.

With its wisdom and support (explain its magic as you will), I have brought myself back from every temptation – from hated, the impulse to revenge, from self-pity and despair.

With its help, I’ve gleaned the benefit of lessons to be learned from adversity.

It has inspired me, instead reacting against abuse and succumbing to the danger of becoming an abuser myself, to live and to serve as a healing beacon to others.

What follows is a personal example of desperation and life-saving help excerpted from Rethinking Survival:

The scriptures were inspiring. [the swami] cynically perverted them. A pundit disciple based in Minneapolis initiated gullible students in the rituals of guru worship. This aristocratic charmer held Western seekers in contempt and dummed the teachings down.

The powers of this smooth, flamboyant “holy man” were foreign to Western sensibilities. He flaunted a repertoire of magic tricks. He could change blood flow in his feet. He read minds and hypnotized students.

He reportedly bilked American students out of thousands of dollars for nonexistent hospitals in India.

By his own admission, disciples in India would have burned his ashram to the ground had they known he was habitually performing sexual tantra (rape) on unsuspecting American women. . . .

At his ashram in Rishikesh, India, three women he’d seduced got together and traded information. We realized none of us was a “special exception” to his vow of celibacy.

When we blew the whistle, he flipped out. Tantric teachings, he raged, were sacred teachings. Exposing them would damn us forever. We were terrified and backed down.

To the detriment of other relationships, I obeyed his command, “Keep still!!”

Covering his backside, the swami informed his psychologist henchmen that I was “mentally disturbed.” Protecting vested interests in their careers, they treated me as if I were crazy.

It took years to get over the pain, anger and confusion caused by their betrayals.

But I healed. I used yogic introspection to get over it mentally. To repair emotional damage, I turned to Traditional Chinese Medicine. For solace and hope, I looked to the New Testament.

But my best friend and advisor throughout was The Book of Change. I didn’t dare talk with people who knew the swami. They would have turned against me, not helped.

His powers were outside the experience of university-trained therapists. There were no qualified professionals to turn to.

Confiding in family was out of the question. If I went to them with one problem, I’d end up with two.

But with the I Ching, I could be completely honest. It has no agendas. Opening my heart to ask my questions was like talking with my True Self. Its answers rang true. Instead of tearing myself apart by warring against abuse of power, I used it to turn inward to the higher authority I could trust: my own conscience.